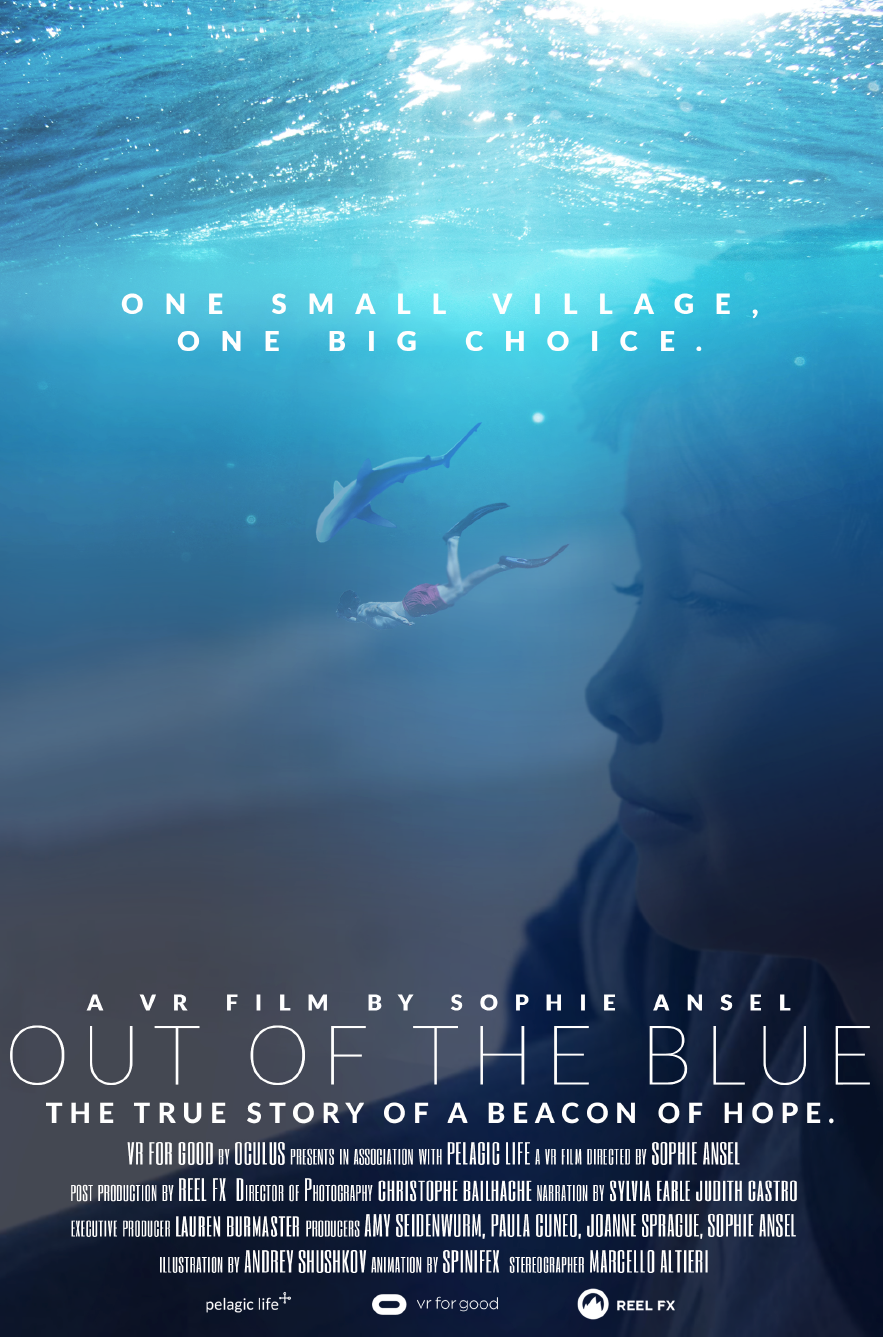 A child of Mexico inherits a very special legacy from his family of fishermen. Seen through the eyes of his dedicated mother, 8 year old Yerick evolves in an inspired community that has embraced the ocean as part of family. The small village of Cabo Pulmo has created a Hope Spot for the planet, and Yerick holds this key for the future.

’Out Of The Blue’ is an international project made in Mexico, Australia, USA, France, Italy, Russia, Hong Kong and
Brazil.

From Mexico, Pelagic Life team has long been inspired by the story of Cabo Pulmo and desired for this story to be told and shared in order to inspire more communities in their home country and in the world.
American program VR FOR GOOD by OCULUS teamed up the NGO with French film director Sophie Ansel, who gathered an international film crew to complete ‘Out of the Blue’.

Filmed in Mexico, ‘Out Of The Blue’ benefits from the expertise of Director of Photography Christophe Bailhache, 360 UW content Pioneer and co-founder of Seaview 360 and The Ocean Agency.

Marcello Altieri from Italy has been one of the first stereographers to use the OZO camera and brought his talent to
the shoot.